The first question that pops into most readers’ minds when asked to read a book is: What is the story about?

It should be expected that someone would want to know this before making the decision to purchase, or even borrow, a book. We want to know exactly what it is we’re agreeing to read and what we can expect to receive from investing our time and/or money. Is it a romance, mystery, or fantasy? Will it make me laugh? Cry? Re-evaluate my life’s choices?

Now, let’s look at this from an author’s perspective. If someone asked you any of those questions about your novel, would you be able to answer?

Sounds like an odd question, doesn’t it? Well, you’d be surprised at how many authors struggle with answering these types of questions. They can give you a run-down of everything that happens in their work, but they have no idea what the story is actually about or what kind of response they’re expecting to get from readers.

And here lies the problem. 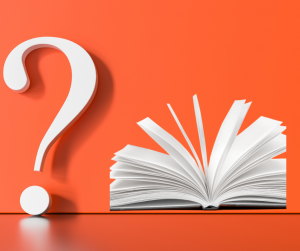 Before you start writing, you need to have a clear vision of what your story is about, what genre it fits into, and who your target audience is.

A story usually starts with its characters. The book can be plot-focused, but it’s the characters and their actions, goals, and motivations that will drive the plot and cause the events to unfold. However, not all books are plot driven. Some are based solely on the characters’ internal struggles instead of the resolution to a problem or conclusion to an event. Either way, the story must have a focus and the characters, as discussed in the previous post, must have goals and motivations to reach those goals.

Let’s use the movie Pretty Woman as an example.

*Note: Although my posts are about books and writing, I prefer to use movies as examples as to not ruin a book for someone who may want to read it.

Which one of the choices below would have the biggest impact on your decision to watch Pretty Woman?

I don’t know about you, but the first explanation is way too vague to pique my interest, whereas the second one has me intrigued. In the second explanation, the little extra about the characters would seal the deal for me. I’d want to know more about their interactions and how these changes come about. Although the first explanation gives insight into the conflict – the differences in their lifestyles – it doesn’t give any real insight into the characters, making it no different than any other Cinderella-style story (not that Cindy was a prostitute, but you get where I’m going). However, a lot can be deduced from the second explanation which answers unasked questions. He’s unemotionally unavailable which explains why a good-looking man would choose a prostitute over the many women who, one can easily assume, vie for his attention. The prostitute must not be the average streetwalker, as she’s not only described as smart, but one can easily get the impression that she’s not looking for someone to provide a fairy-tale life just to get her off the streets, but her mind is open to bettering herself as an individual. This would make me want to know how she became a prostitute in the first place, as well as how she ended up being such an influence on the businessman.

To sum it up, although they do fall in love, Pretty Woman is not about falling in love; it’s about the characters growing – thanks to their interactions with one another –  as individuals and how those changes lead to them falling in love.

Now, tell me, what is your story is about?